OASPA Board Members are appointed via an annual election process and serve for a term of three years, playing a vital role in OASPA’s work to support and represent the interests of Open Access journal and book publishers globally. In the seventh of a series of posts highlighting the important contributions of the Board, OASPA’s Events and Communications Coordinator, Leyla Williams, talked to Xenia van Edig, Business Development Manager at Copernicus Publications. 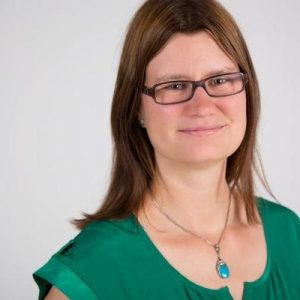 Good afternoon, Xenia! Congratulations on being re-elected to the OASPA Board earlier this year. How long have you been on the Board now?

Thanks, Leyla. I myself joined the board in September 2015. In February 2017, I started chairing the Membership Committee, but Copernicus Publications was a founding member of OASPA.

After I’d finished up my PhD in agricultural economics, I started looking for a job in academia, but not in research. I landed a maternity-cover job as scientific coordinator of an interdisciplinary and international scientific network of excellence at the University of Kassel in Germany. At the faculty I worked, an open-access journal in international agriculture was getting published – and I ended up publishing my own research in that journal. My next job was doing business development at Copernicus, which I’ve been doing for about seven years now. It’s been a great experience to continue to work with scientists, especially given my scientific background, but it also been a pleasure developing lots of contacts with libraries and people working in open-access publishing.

What have been the changes you’ve witnessed in open-access publishing since you joined the Board?

Over the last three years, smaller independent publishers have increasingly merged with bigger publishers, which is definitely a notable development. We’ve also seen a recent burst of funder initiatives in support of open access, including Plan S. Running alongside these events, there have been lots of new, ongoing, and evolving discussions on open-access business models, sparked by organizations like the Open Library of Humanities and other emerging alternative funding models and university library initiatives.

Copernicus Publications has endorsed a number of statements recently, including the Enabling FAIR Data Commitment Statement and an open letter on the publication of peer review reports initiated by ASAPbio. Why are publishers like yourselves increasingly advocating for open data and open peer review?

Copernicus Publications was one of the pioneers of open peer review; we’ve been using our interactive public peer review since 2001, and we want others to get onboard too. Half of our journals operate with open peer review now. Transparency in publishing is incredibly important, especially for readers; they can be far more informed of editors’ impressions when assessing the quality of manuscripts with open peer review.

Our data policy at Copernicus has been in place for several years and was updated in 2015 in order to include the FORCE11 data citation principles. Recently,  we did a rewrite of it when we signed the Enabling FAIR Data Commitment Statement in the Earth, Space, and Environmental Sciences. We are committed to enabling reproducibility in science; science isn’t just about great articles, but also about sharing data, code, and other underlying material and research outputs. The whole process needs to be transparent to enable opportunities for new findings and knowledge to be shared and created.

In general, it’s great to work for a research-friendly publisher which also often positively resonates in the library community. Within my work for Copernicus Publications I would like to highlight two aspects:

People in the industry often say that it’s difficult or even impossible to convince learned societies to transform their journals from subscription into open access. Besides being involved in the launch of numerous new society-owned open-access journals, I’ve been taking part in the conversion of multiple society-owned subscription journals: Fossil Record, Geographica Helvetica, the Journal of Micropaleontology. I think it is great to have such successful examples.

Another ongoing highlight has been the development of our data journal Earth System Science Data (ESSD). ESSD works with open peer review, open data, and was launched already in 2008; we got it indexed in Web of Science when people said that wasn’t possible either. I am not a  proponent of the impact factor, but for the acknowledgement for data publishing, it was a big step.

More broadly, it’s of course a real honour to be on the OASPA Board. I also enjoy the exchange with others working in open-access publishing and I think in the past few years there have been several very great initiatives like the launch of ORCID, the emergence of alternative metrics, or the I4OC.  which are important not only for OA, but also for the entire field of scholarly communication.

And what have been the challenges you’ve experienced to progress in the open-access movement?

The number of pure open-access articles is not growing as quickly as many of us had hoped. In my view, there is still a lot of focus on the big legacy publisher. Offsetting deals receive more attention (e.g. in the media) than genuine open-access publishing. I think this has a lot to do with  the incentive system which privileges publications in long-established journals. Despite lots of discussion at conferences and the many signatories of DORA, I think little has changed regarding research assessment. This leads to another challenge for the open-access movement: even if has been around for many years now, has shown great successes, and is the way forward, there are still a lot of prejudices regarding the quality of open-access journals. I hope that organizations like OASPA and DOAJ can help to further eradicate such concerns.

Which new projects are you working on at Copernicus Publications at the moment?

One of our new journals launching next year will deal with geochronology, which should be really interesting. We’re also in discussion with some of our journals which apply more traditional peer review about publishing review reports alongside the final articles, and we recently optimized all our journal webpages for mobile devices. We know that we were quite late with this, but we are very happy that readers now can browse the content through full-text HTML and responsive websites when traveling. Another area I am very involved in is negotiations with various institutions on different models for a centralized settlement of APCs in order to ease open-access publishing for authors.

How do you see the missions of OASPA and Copernicus Publications aligning?

Our missions are strongly aligned. OASPA is committed to moving us to a world where research outputs are open, and Copernicus Publications has been at the forefront of the open movement for more than 17 years. We were the second commercial publisher after BioMed Central to enter the open-access market.

Are there particular organizations that you think are currently doing particularly innovative work to promote open access?

The work of Jessica Polka, Ron Vale, Tony Ross-Hellauer and others on opening the content of peer review reports has been fantastic. Furthermore, I also very much appreciate the TRANSPOSE project Jessica and Tony initiated in order to build an information hub on journal’s policies.

The DOAJ continues to provide vital support for open-access publishers and journals through their directory.

I also think the Enabling FAIR Data Commitment Statement in the Earth, Space, and Environmental Sciences has been very important in pushing and publicizing commitments to data being shared and open.

OASPA plays a key role as the voice of open access around the world. I hope that the future will hold more opportunities for us to enter more discussions like we have had recently, such as with Plan S. It’s extremely important that OASPA keeps demanding quality in open-access publishing; we do a very good job in assessing who can join us as a member and who can’t, and that must continue.

By continuing to browse the site you are agreeing to our use of cookies.