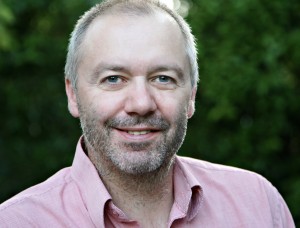 OASPA Board Members are appointed via an annual election process and serve for a term of three years, playing a vital role in OASPA’s work to support and represent the interests of Open Access journal and book globally. In the second of a series of posts highlighting the important contributions of the Board, OASPA’s Events and Communications Coordinator, Leyla Williams, talked to Pete Binfield, Publisher and Co-Founder of OASPA member PeerJ. Pete joined the OASPA Board in 2012.

Thanks for joining me today, Pete. Let’s start from the beginning: how long have you been working in open access publishing?

It’s been ten years now! I joined PLOS One in April 2008. Before that, I worked at IOP Publishing between 1995 and 1998, which almost overlapped with the launch of their open access New Journal of Physics in 1999. After IOP Publishing, I worked at Kluwer Academic Publishers, which was merged into Springer; I then worked at SAGE, and then moved to PLOS ONE. I co-founded PeerJ in May 2012 with Jason Hoyt, after he contacted me with the idea!

What led you to set up PeerJ?

Jason and I saw an opportunity to do something new, radical, and innovative. The basic idea was to work with the very successful model of PLOS ONE, and evolve it, making it more scalable and cost effective for authors. While I was working there, PLOS ONE had effectively become ‘too big to fail’ – we were starting to find that we couldn’t really do anything radical or experimental with it because of the potential risks to the journal and organization. Jason approached me one day and suggested we start from scratch with something new and I jumped at it.

In starting up PeerJ, we strove to evolve the PLOS ONE model in some key ways, for example: to evolve the editorial model so that preprints were an integral part of the publication process; to develop a powerful version of ‘optional open peer review’; to introduce an entirely new, highly affordable open access business model (‘$99 membership for life’); and to build our own functionality platform rather than using a third party solution.

And what is the milestone you have been most proud of at PeerJ?

I’m proud that we have helped to drive the global debate and contribute towards moving the needle in the broader community; pricing is now more of a debate within the industry, and by demonstrating by doing, we’ve generally helped to create a more downward pressure on pricing. There’s more awareness in authors’ minds on pricing; they’re asking other , “if PeerJ can charge us this, why can’t you”?

We’ve also shown it’s possible to offer authors affordable prices and still operate within a sustainable business model. We might have started up with some investment funding, but we’re now completely self-sustaining.

That’s a great overview of PeerJ; we’re really proud to have PeerJ as an OASPA member. Which brings us to OASPA…  why is it important to you to be a member of the OASPA Board?

Within our part of the open access movement – publishing – OASPA is clearly one of the key ways in which we can push wider understanding, awareness, and adoption of open access.

What do you see as OASPA’s role in the publishing community?

OAPSA’s role is to act as as the voice of open access , and to contribute to creating a sense of shared vision among those in a field which is often subject to considerable internal debate by advocates (and external commentary by detractors). There are many different stakeholders in open access, from academics and librarians, to legacy and new , and OASPA provides a way for to voice what we want and what we can offer to the open access community.

What has changed most about publishing since you first joined the OASPA Board?

I first joined the OASPA Board in 2012, the year we launched PeerJ. Since then, some things have changed in the publishing industry – but a lot hasn’t. Publishing is still prestige-driven, impact factor-driven, and the ‘subscription versus open access’ debate is still alive and well.

But as for open access specifically? It’s far more mainstream than it was five years ago. The big have really got their act together on addressing open access, which is encouraged by major governmental and funder open access initiatives. With bigger acquiring smaller , though, and with hybrid open access increasingly being priced into large deal negotiations with universities, the fact that open access has become more mainstream heralds new concerns as to whether or not it is being viewed, promoted and adopted in the way we might hope.

What do you see as the main challenges you encounter in your role at OASPA?

A lack of time is the main one. PeerJ takes up the vast majority of my time and in a start-up environment, everyone wears multiple hats. As a result, the time I can spend with OASPA is unfortunately quite limited.

More practically speaking, the timezone differences between myself and other OASPA Board members can be really challenging; being based on the West Coast of the US, I can rarely attend in-person meetings, which can make collaborative work difficult.

The way in which any of us become Board members presents quite a challenge in itself; OASPA members vote us onto the Board in the hope that we make sensible decisions on their behalf. As Board members, we must do our best to make use of our personal experiences and knowledge to make the best decisions we can, all the while trying to ‘channel’ our wider community.

Are there particular organisations that you think are doing particularly innovative work to progress Open Access?

Those working on preprints. Although there are many innovative organizations in our space, such as the Center for Open Science and Force11, one particularly innovative organisation that immediately comes to mind is ASAPBio. ASAPBio emerged quite recently through a grassroots effort to promote preprints, which aren’t necessarily the first type of publication you think of when you read ‘open access’. Although preprints are always free to read, if they are published under an appropriate license then they are absolutely open access and an important part of the life of an article – they are the gateway to fully peer reviewed open access material. I think ASAPBio are a very innovative, forward-thinking group working in the open access space through their efforts to work with all stakeholders – , academics, researchers – to hold meetings and move the preprint agenda forward. If the open access community can ‘figure out’ preprints, it creates a real stepping stone to peer reviewed open access content and offers real promise to the open access movement more generally.

Where do you hope to see Open Access in five years time?

We need to get to the point where the default mindset is, ‘why didn’t you publish your work open access?’ If we can get people to ask that question as a default in five years time, then that would be a great place to find ourselves.

I’d also like to see a functional open access marketplace which values price and service levels. Publishing shouldn’t be about opting for the most prestige or highest impact factor, but it should be about making realistic publishing choices that serve authors well.

Like other OASPA Board members, I’d really like to see a broadening of the membership and membership categories, with more reaching out to based in the Global South, and I’m confident we’re making progress on this effort.

Looking back, I’d also like to note that the open access movement is relatively young; the Budapest Open Access Initiative arose in 2002, and it was only twelve years ago that PLOS ONE launched for example. Even though it feels like the open access movement has been alive forever. In the grand scheme of things, for a young movement, it’s going rather well!

This interview is the second of a series of posts highlighting the important contributions of the OASPA Board. The first in the series, an interview with eLife’s Mark Patterson, can be found here.