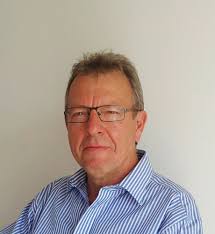 OASPA Board Members are appointed via an annual election process and serve for a term of three years, playing a vital role in OASPA’s work to support and represent the interests of Open Access journal and book globally. In the third of a series of posts highlighting the important contributions of the Board, OASPA’s Leyla Williams talked to Lars Bjørnshauge, Managing Director of the DOAJ.

Thanks for joining me today Lars. How long have you been part of the OASPA Board, and why did you join?
It’s my fifth year with OASPA; I’ve been involved with the organisation from the beginning. Way back in 2008, I started having conversations with Caroline Sutton, Ahmed Hindawi, Paul Peters, and others, and it became clear there was the need for a collective voice for dedicated open access . In the months following, I helped to organise and host our first Conference on Open Access Scholarly Publishing in Lund, in 2009.

You founded the DOAJ in 2003. What was the open access landscape like back then, and what was your experience setting it up?
In the early days of open access, I was a host of the first Nordic Conference of Scholarly Communication, which was held at Lund University in 2002. Not long after, the DOAJ was founded thanks to a grant from the Open Society Foundations, which allowed us to make a modest launch with 300 journals. Today we have greatly grown in importance, listing 12,000 journals; we have rejected more than 20,000, and sustain ourselves entirely due to membership fees from libraries, universities and funders as well as . It’s been a really wonderful 15-year journey.

The open access movement is a global one. Can you talk about efforts to progress open access in the Global South in particular?
The DOAJ has been global in scope from the outset. We have pushed ourselves to embrace all disciplines and languages, and represent journals in over 130 countries. It’s really important to have a truly global scholarly communication system, which we have helped to pioneer with initiatives such as our global ambassador scheme, which we started in 2016 with funding from the IDRC (International Development Research Centre). The funding has ended now, but our ambassadors still continue to work for DOAJ in various capacities.

The dependence on Impact Factors is even more of a challenge outside the West and North than it is inside them. From the beginning, governments, universities, research funders in the Global South have been sceptical about open, which has been unfortunately fostered by misinformation by established and publisher organisations contributing to this scepticism. We need more education of researchers, , and editors in best publishing practice to ensure quality in open access publishing. Of course, alongside these challenges there have been various important grassroots open access efforts within the Global South, from SciELO in Brazil and others, which started before we in the West and North even began discussing the potential of open access.

What have been some particular highlights for you in your time working in open access?
It’s been a very pleasant journey; in my opinion the journey has only gotten better. The DOAJ has been able to grow incrementally over the years, and we have been able to convince even the bigger of the benefits of being listed in DOAJ and the work we do to promote open access. I really appreciate how organisations like LIBER, SPARC Europe and others through the SCOSS-coaltion (www.scoss.org) are working with their members on how to support DOAJ, and having individuals and organisations coming to us and saying, how can we help you?

And what have been the challenges of progressing the open access movement?
By far the biggest challenge is the inertia in academia and research around open access. Researchers should not be measured and rewarded based only on where they publish in which journal), but rather what and how (open or not) they publish. We have a long way to go before we have truly responsible researcher behaviour in the academy.

I also see hybrid open access as a major challenge for open access publishing, and would argue we are probably too inclusive of it within the movement.

While I do acknowledge that predatory publishing is also a problem, I think it’s somewhat of an overrated problem; I’ll expand on that later.

What in your view can be done to confront the ongoing problem of questionable publishing?
Lots of stakeholders have been interested in boosting this as the big problem. As I’ve said, I do think this is somewhat of an overrated problem. To confront questionable publishing, we need to raise awareness among researchers, research managers and and empower researchers. The ‘Think. Check. Submit.’ campaign is a very good tool to help researchers make clever decisions when handing over their papers to . We – DOAJ, OASPA, and others – also need to provide more data about and their practices. But I would argue that the DOAJ, for example, is a very good service to avoid questionable , and I think questionable publishing as a problem is not as big now as it once was. My approach to this challenge is primarily about helping be transparent to filter out and marginalise the ‘bad guys’. A big responsibility is on the shoulders of those who assess research and researchers; they should do more to marginalise questionable .

Where do you hope to see Open Access in five years time?
I hope that open access will be the default, and, rather than see the domination of hybrid open access, move back on track to put pure, well-funded open access at the heart of the movement.

This interview is the third of a series of posts highlighting the important contributions of the OASPA Board. The second in the series, an interview with PeerJ’s Pete Binfield, can be found here.