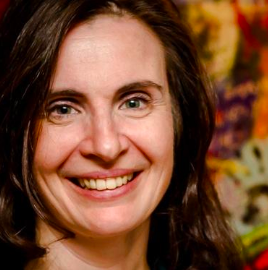 OASPA Board Members are appointed via an annual election process and serve for a term of three years, playing a vital role in OASPA’s work to support and represent the interests of Open Access journal and book globally. In the fourth of a series of interviews highlighting the important contributions of the Board, OASPA’s Events and Communications Coordinator, Leyla Williams, talked to Caroline Sutton, Head of Open Scholarship Development at Taylor & Francis. Caroline was OASPA’s first President of the Board in 2008.

How long have you been part of the OASPA Board, and why did you join?

I served as OASPA’s first President of the Board in 2008, while I was working at the then brand-new Co-Action Publishing. Prior to that, back in early 2007, I’d helped to form OASPA. I’d met Paul Peters at a conference and consequently arranged to have dinner with him and some others in London who were all working innovatively within the open access movement. From there, with support from SPARC Europe, we started talking with Lars Bjørnshauge, David Solomon and others about how to create an organisation to represent open access , and we began writing OASPA’s bylaws. Getting OASPA up and off the ground as its President was a very exciting time.

What do you see as OASPA’s role in the publishing community – both when it was first formed, and now?

From the outset, the establishment of OASPA was about giving Open Access a voice to discuss what was happening in publishing, but equally to establish best practices and define what open access publishing was. What’s really gratifying is that we’ve been able to achieve a key part of our mission and why we were set up: to create a community of around our shared interests of open access and develop ethical standards.

The most important role of OASPA then, and now, is to drive the expansion of open access publishing, flesh out various business models that can support open access publishing, and develop standards and best practices. In the early years, the way we set about doing this was to talk primarily about licensing. Today, OASPA continues to address standards, but in light of increasing mandates and initiatives – such as Plan S – to drive open access, the organisation can play a critical role in providing input on implementation, developing a competitive marketplace, and drive conversations around the challenges of meeting the demands of a global marketplace.

You’ve been working in open access publishing for some years now, and have been an important part of its progress and development. Can you give us a brief snapshot of your role in the open access movement?

I started working in open access publishing in 2006, launching Co-Action Publishing with two other women in early 2007. I got to know a few other at the time: Paul Peters, Matt Cockerill, Mark Patterson, Martin Rasmussen, David Ross, and others. Through discussions between us, OASPA was formed. I feel really fortunate to have met them all; it was a truly inspiring time. We were trying to build a market rather than fighting over it. It was collaborative; we had a shared purpose to build a space for open access publishing.

Between 2007, to when I finished my term as President of OASPA in 2013, a lot changed in the industry. We went from being just a few actors advocating for open access, to open access being a fixed and recognised part of the publishing landscape. As we can see from the annual statistics showing the use of CC BY licenses by OASPA members, open access has continued to grow exponentially.

To name but a few: Being part of parliamentary hearings for OASPA; meeting with European commissioners to advocate for open access; taking part in the Budapest Open Access Initiative 10 year anniversary talks; representing OASPA at conferences around the world; working with people like Lars at the DOAJ and other OASPA Board members who see opportunities rather than obstacles; working with Peter Suber to identify  scholarly societies who are adopting open access; serving on the boards of SPARC Europe and OpenAIRE; and of course – serving on the OASPA board, policy committee, and as conference chair.

What has changed most about publishing since you first joined the OASPA Board?

When we first launched OASPA, we didn’t foresee we’d have legacy publishing models to the extent we see today; in the early days you were either or. Open access publishing was strange and we were definitely seen as outsiders, but now we’re an accepted part of the publishing landscape, and there has been a race for legacy to adapt their businesses.

In contrast to ten years ago, we’re seeing the rise of university presses as well as a host of new approaches to publishing and to providing the services researchers require to share the outputs of their research. This has brought a much more dynamic and rich marketplace that challenges us all to continue to innovate.

And what have been the challenges of progressing the open access movement?

It’s very easy to agree with people when you’re like-minded. As open access publishing expands, there are more and more flavours of it, which creates new opportunities but also new challenges. For example, across our membership there are different opinions about the role of hybrid and offsetting agreements in an open access marketplace. More fundamentally, we are having to ask ourselves what publishing will look like in the future.  Will we still be publishing as we conceive of it today, or will it all look very different? What will be the role of preprints and other versions? What role can and should play in the emerging landscape? A diverse organisation like OASPA is key to the community being able to consider these questions and challenges.

When did you start working for Taylor & Francis (T&F), and what kind of initiatives are you working on at the moment?

This is actually my second stint working for T&F. I left the company in autumn 2006 to co-found Co-Action Publishing, and then came back in October 2016 when T&F acquired Co-Action Publishing. Initially, I was the Head of Open Scholarship Development; now I’m Director of Editorial Development, which encompasses open scholarship and open science, research integrity,  and our pure open access publishing program. An area I have been particularly interested in working with is looking at how we can support researchers across a variety of fields and disciplines, including the social sciences and humanities in these areas

This is an exciting time to be working at Taylor & Francis. We have been expanding our open access program rapidly, with the acquisition of Dove Medical Press in 2017, as well as the conversion of 27 titles from subscription to open access within the last two years, with more to come in 2019. For me personally, it has been insightful to move from pure OA publishing to a mixed model environment and to experience first hand the challenges associated with meeting the needs of very diverse markets.

I’m really impressed with the creativity that the Coko Foundation have been showing recently. Their approach is interesting, not just because of their focus on open source solutions, but because their whole approach to building open infrastructure is smart; I look forward to seeing how their work develops.

The Center for Open Science has been a great resource and driver of open science, and I have appreciated constructive conversations with them about rewarding open science and working for a more transparent research process.

There are a host of small start-ups with good ideas. One that comes to mind is Code Ocean. It is more than just a repository.; by supplying code and data alongside one another, you can run the code and play with the data, getting us closer to achieving FAIR within open science.

OASPA will continue to serve its important role in expanding open access publishing. We can do more to flesh out alternative business models, and more in terms of how we work with communities that are struggling to publish open access, across all disciplines. We don’t have to solve all the challenges that exist in open access publishing, but we can be a convener of discussion and drive the conversations that need to be had. OASPA is able to position open access in an increasingly open scholarship-driven publishing landscape.