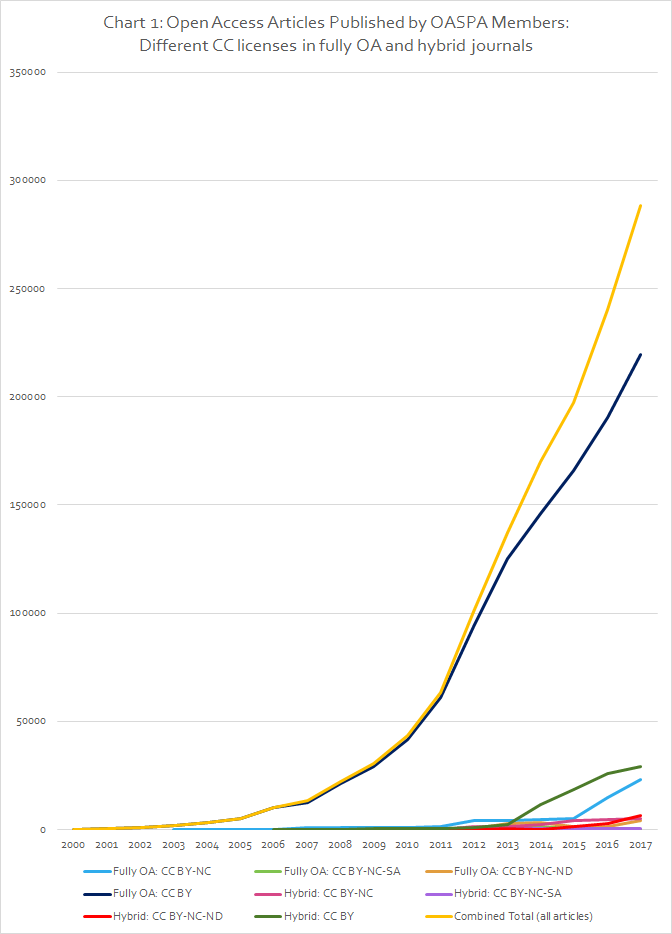 Data for the above chart can be downloaded here: OASPA Members CC-BY Growth_Data to 2017_CC0

OASPA members were invited to share their data to update the previous post on this topic which was published on the OASPA blog in May 2017 and examined data collected up to 2016. Figures were supplied as number of articles published per year since implementation of the license by that publisher. See the downloadable spreadsheet (link above) for full details.

This year we have again included information collected from our members on the number of open access articles across all journals (including hybrid) and the license under which those articles were published (see Chart 1). CC BY articles in fully-OA journals remain the dominant article type published by OASPA members, however we are still seeing an increase in OA articles in hybrid journals, as well as in fully-OA journals using licenses other than CC BY. 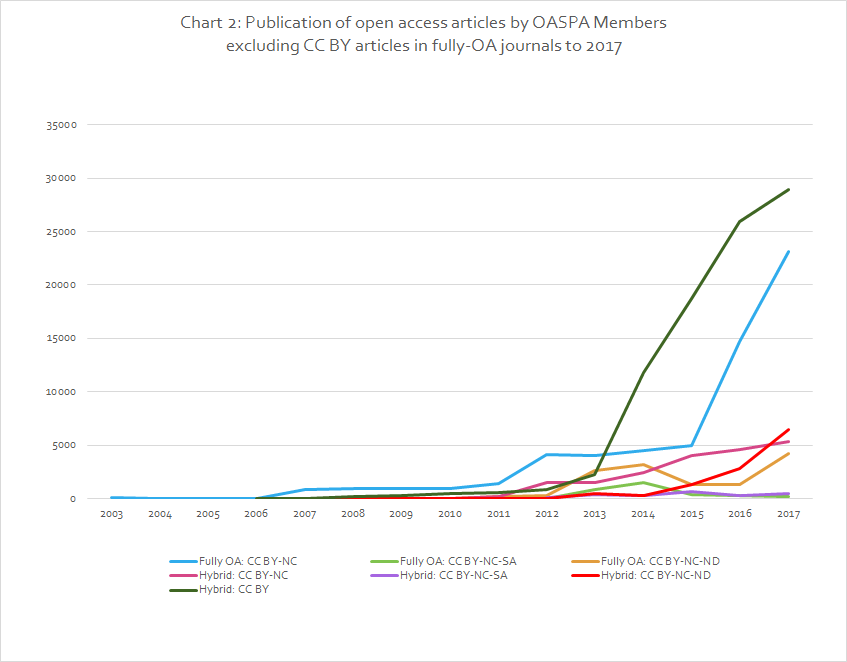 Continued rise in CC BY article numbers for fully-OA journals

Once again the data we have collected shows that, for OASPA members, the year-on-year growth remains steady for CC BY articles in fully-OA peer-reviewed journals. From 2011 to 2012 the total growth was higher, jumping by around 50%. Comparing 2013 to 2012, growth had slowed to about 33%, but in the five years since then it has stabilised at an increase of between 14-15% per year.

We are also pleased to be able to include data in the spreadsheet on the growth of the Directory of Open Access Books (DOAB) which now includes over 10,000 titles. The directory contains 6,800 books which have been published with a Creative Commons license. As a percentage this is lower than previously since a significant number of books added to DOAB from OpenEdition use other license types, however this is still equivalent to two thirds of the total books included in the directory.