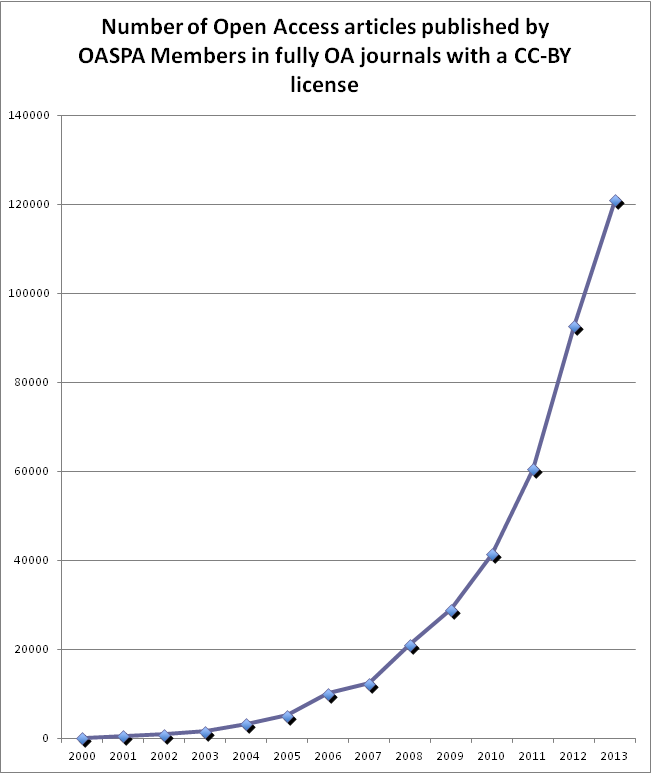 Data for the above chart is available for download: OASPA Members CC-BY Growth_Data to 2013

OASPA members were invited to share their data to update the previous post on this topic.
Figures for fully open access titles were supplied by the following members of OASPA as number of CC-BY articles published per year since implementation of the license by that publisher:

This chart will be updated again in the future as more data is collected.