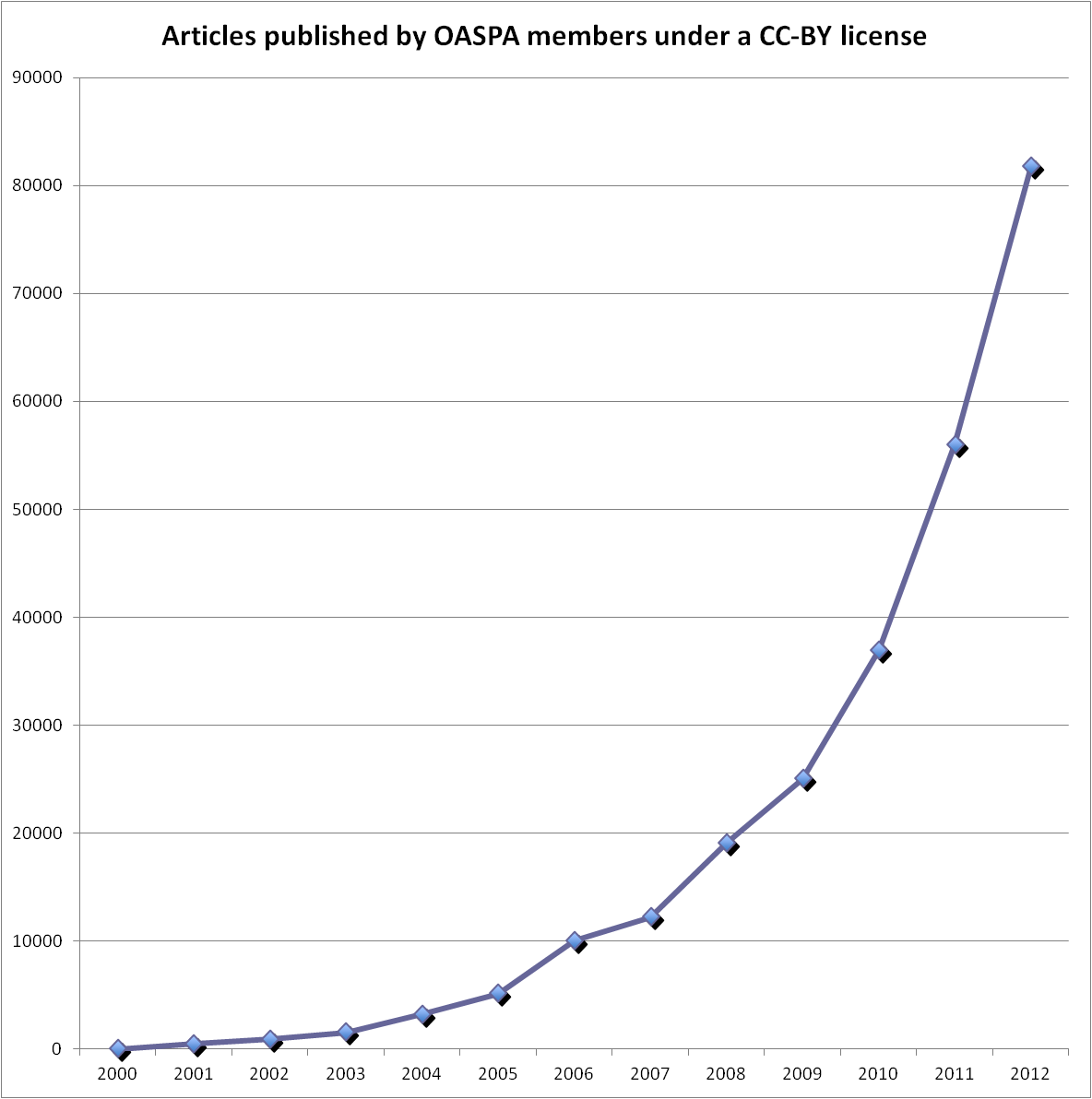 Data for the above chart can be downloaded here: OASPA Members CC-BY Growth

A total of 252,418 articles were published with the CC-BY license during the period shown above.

Data was supplied by the following members of OASPA as number of CC-BY articles per year since implementation of the license by that publisher:

This chart will be updated periodically as continue to contribute their data.